To get a better sense of Chiang Mai, we decided to take a bicycle tour south of the city. We

rented bikes and cycled (with a guide) around the southern part of Chiang Mai. We took side streets, so the biking was great – not much traffic to worry about and the scenery was beautiful in spots. We traveled through many small villages and it really felt like we were miles from the city.

We stopped to visit a 100-year-old temple that had been moved by the villagers due to flooding. 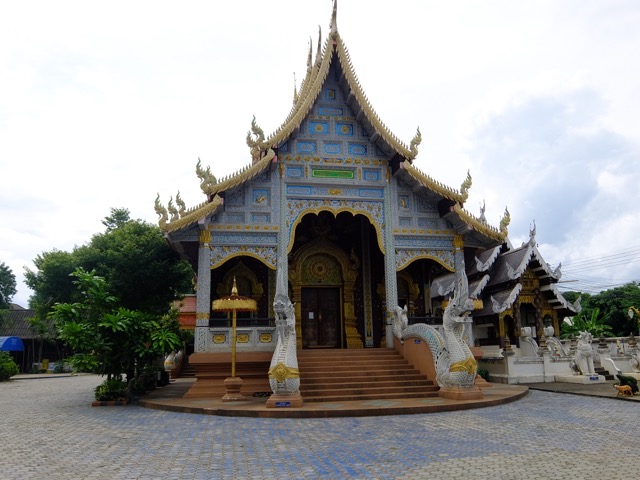 We also visited a rehabilitation facility that used to be the location of a Leper colony. A few of the original patients with leprosy still called the place home and they created crafts to sell at the local store. Some of their cards and artwork is shipped around the world. We purchased a collection of their Christmas cards. 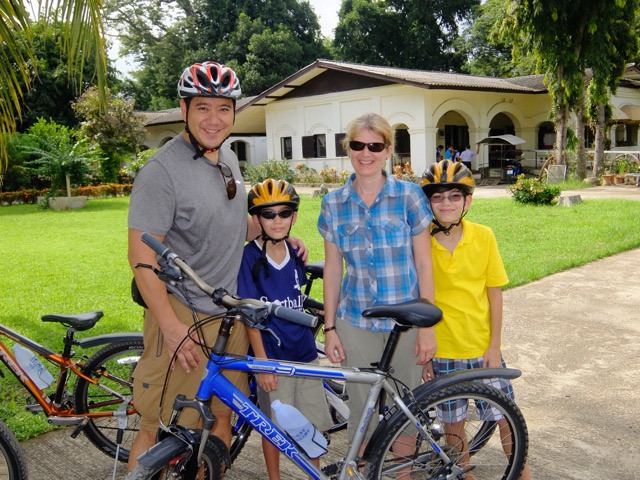 We learned about cremation at the village crematorium. 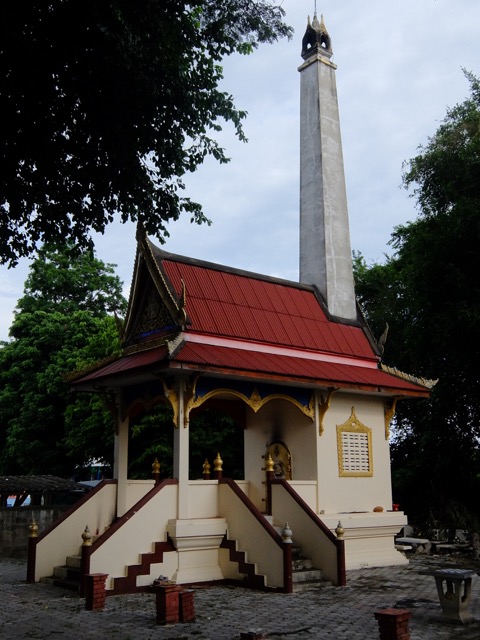 Near the end of our ride we saw the ruins of some of the ancient temples from the original Lanna Kingdom.

It was a great way to learn more about Chiang Mai and its people.