We decided we should learn a little bit about the history of Sydney, and after some research I settled on the Hyde Park Barracks Museum – which I thought might appeal to the boys. This was the location to which conv

icts were sent from Britain and it had been converted into a museum. There were three floors at the museum and we ended up spending a few hours there. It was very well done, with each visitor receiving his/her own headset system. You would press the number on the exhibit you were standing beside and the commentary would come through on your headset. This allowed each of us to move through at our own pace and to repeat the commentary on anything we didn’t quite understand or wished to hear more about. On the upper floor, they had recreated the dormitory for the men and boys. It was a room filled with hammocks, which you could lie in and listen to the story of some of the people who had resided there. What an interesting way to experience history! 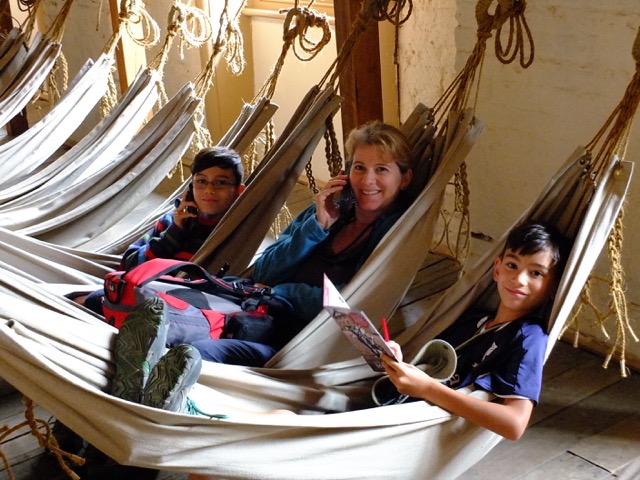 While on the ferry on Sunday, we had come across some friendly Australian travelers, who gave us their tickets to the Sydney Wildlife Zoo because they were not going to be able to use them. We decided to head here after visiting Hyde Park. Considering this “zoo” is set up in the middle of the city, it housed a rather large collection of animals and a lot of information. It was a great way to be introduced to Australia’s animals.

Sydney is the home of the world’s largest IMAX screen, which was showing “Egyptian Mummies”. Since we are planning to visit Egypt on our world trip we thought it would be informative to see this movie. It did not disappoint. We enjoyed all 45 minutes of it and for once I didn’t find the 3D glasses made me feel ill!

Although the weather was a little cool, on Tuesday we decided to do the famous Bondi shore walk. We ate our picnic lunch, huddled in a picnic shelter on the shore of Bondi beach and the boys spent an hour or so dodging waves, while still wearing sweaters and windbreakers! We then made our way along the shore from Bondi beach to Bronte beach. There were several art sculptures on display beside the shore and numerous benches so Clay’s parents could stop and take breaks along the way. 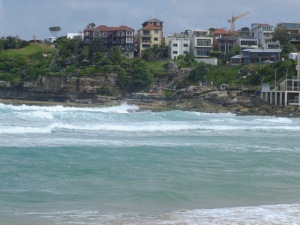 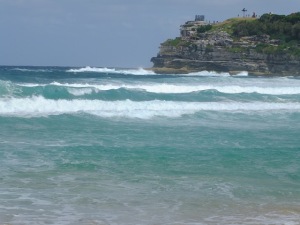 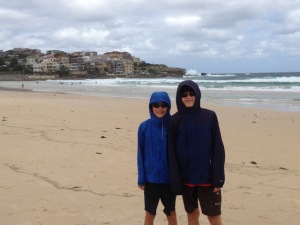 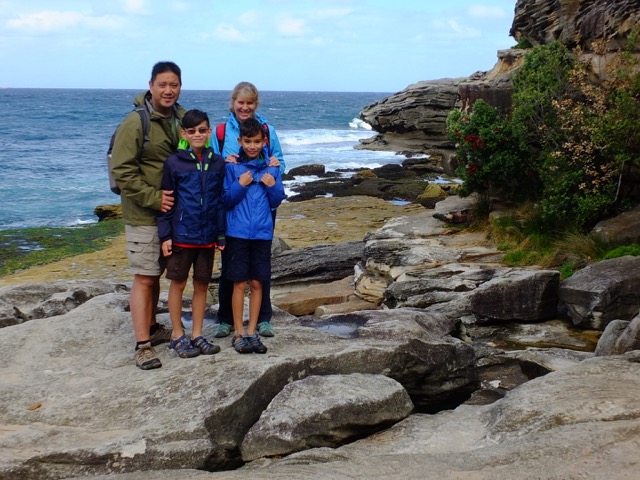 We had also received 2 for 1 tickets to the Sea Life Aquarium so on Wednesday we thought we’d make a visit. Fortunately I had looked online to find out all of the “keeper” talks, since they had no signage to let you know about them. We were able to hear about the Little Penguins, the Dugongs, and see them feeding the sharks. It was surprising how we just kept winding our way through this large complex. There was a lot to see and learn. 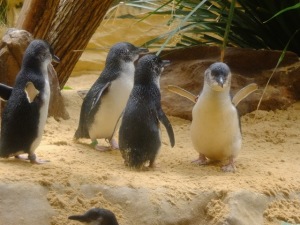 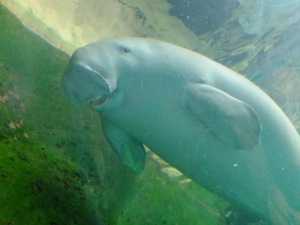 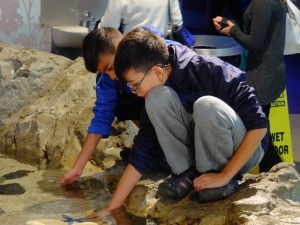 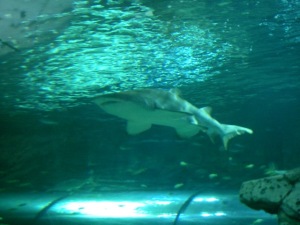 After lunch we caught a ferry out to Manley. It was a beautiful day but still a little cool. Once we arrived at Manley beach, however, the boys were quite keen to spend time jumping in and out of the waves. Clay and I enjoyed just sitting back and watching them! 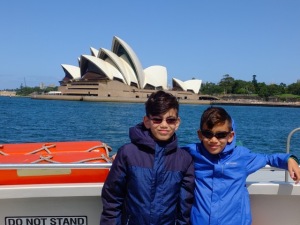 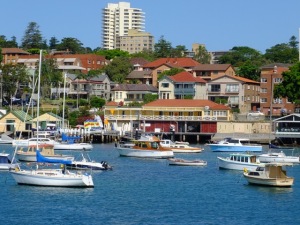