The week leading up to Christmas we decided to visit an orphanage. When we arrived the kids were very shy and I was too. We brought a few games, like Spot It and I made a cootie catcher to bring as well. The kids got the hang of some of the ways to play Spot 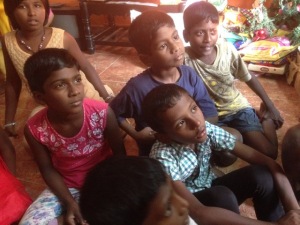 It. All they did was match the colors though. I showed them how to make a cootie catcher. Some of them were pretty good at it. After doing some games it was almost time to go back home. We sang a few Christmas songs with them and left.

The next day we were going back to the orphanage but first we went to get more games for them. We went to the mall and bought Snakes and Ladders, UNO, and Jenga. We arrived at the orphanage and taught them how to play Snakes and Ladders first. Some of the kids then tried Jenga. Then we pulled out UNO and everybody played together. After that we split into groups. We had lots of fun playing with the kids but it was almost time to go. My dad brought his guitar and a speaker so it was time to use it. We sang a few Christmas song

s to end the day. Then we said goodbye.

The next day we had a surprise for them. We had bought checkers, two balls, hot wheels cars, and another Spot It game. We went to the orphanage and started with the ball. We played a game where you bounce the ball and say the n

ame of a person. The person whose name was called has to catch the ball before it bounces twice. They were good at it but we were not! Everyone knew each others’ names and we were clueless! Then we split into groups like before and played the games. We enjoyed the orphanage. It was nice since it was Christmas time and we could not have big presents because we are traveling so we were able to give presents to the children. They loved them. This was a great experience and I would recommend it as long as your children are old enough to have the patience needed to play with the children since their English is not strong. 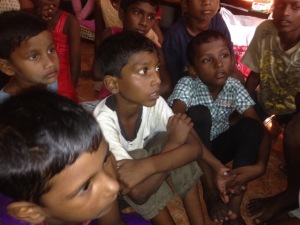