About a week into our stay in Kenya we went to a warrior camp in Maji Moto that was supposed to educate us about how the people of the Maasai Tribe live and stay alive in the bush.

We stayed there for three nights and on the second night we stayed on out in the bush. The first thing I’d like to say about our night in the forest is……. “Gross”! We didn’t only stay in the forest, we actually had to slaughter a live goat and eat it. It wasn’t instant to get there – first we had to walk for just over an hour.

When we arrived we saw our beds, which were leaves stacked on top of each other, but it was better than just lying on the hard ground! There were about six beds set up in a semi circle and in the middle was the fire pit. 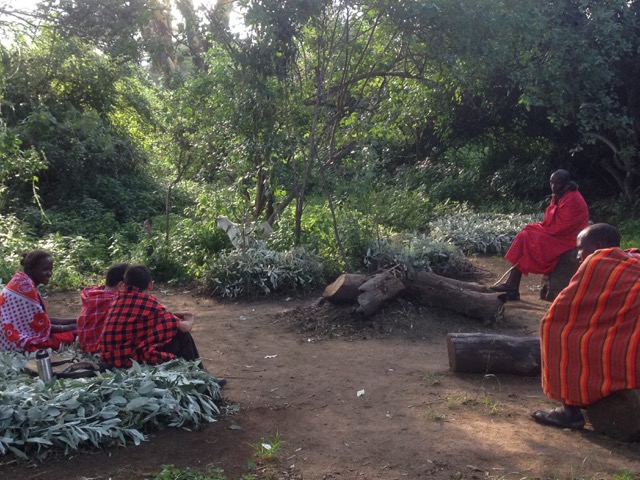 The poor goat was off to one side, tied to a tree. He was going to be our dinner. 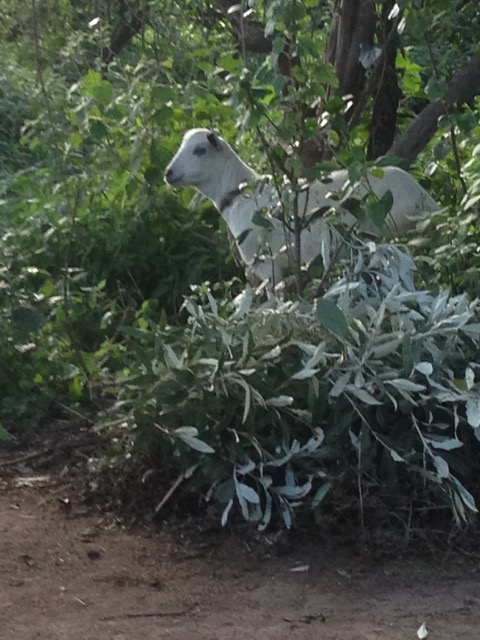 When they were ready to kill it, they carried it to a bed of leaves – but not the beds we were going to sleep on – one of the beds off to the side and a bit higher than the others. They lay the goat on the leaves and instead of slitting it’s throat they suffocated it by grabbing the mouth and nose and putting them together so the goat could not gasp for air. The reason they suffocated it was because if you slit its throat it can take a long time to die and it makes a lot of noise.

When the goat was dead, they opened the neck with a knife and blood spilled out of it onto the skin they had made into a trough underneath it. 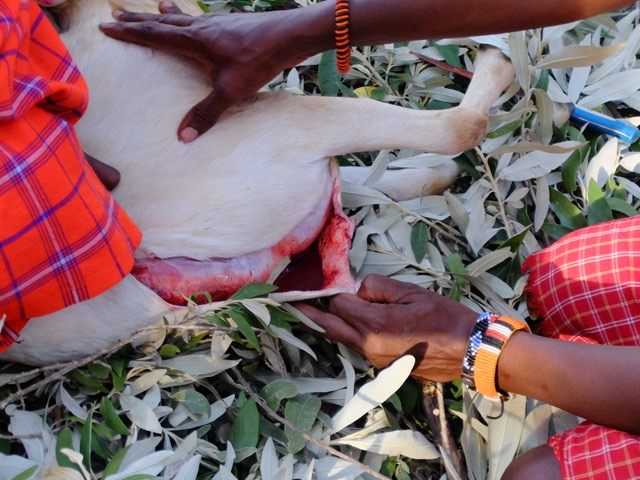 The warriors drank the blood but we chose not to. 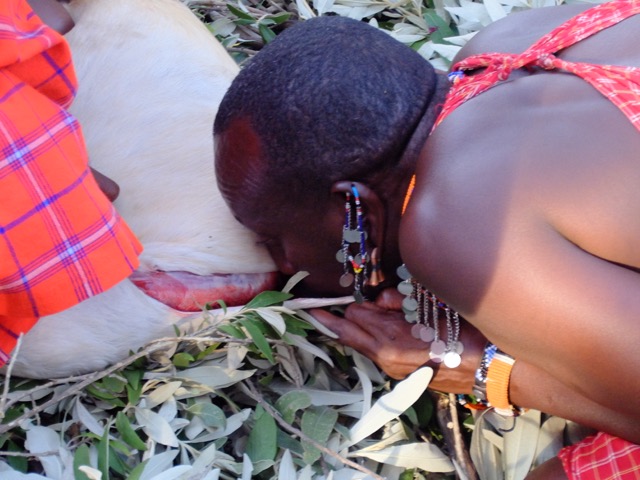 After that they took off the skin and then opened the body. First they took out the kidneys and ate them fresh. They asked us if we would like to eat a kidney, but again we chose not to. Then they took out the stomach (which was green because the goat had just been eating) and they emptied the contents of the stomach onto the grass. Next they wrapped the other organs in the goat’s skin to dry them off a little.

While the organs were drying they cut out the ribs and stuck them on sticks. The fires was already started so they jabbed the sticks in the ground beside the fire to let the ribs roast. 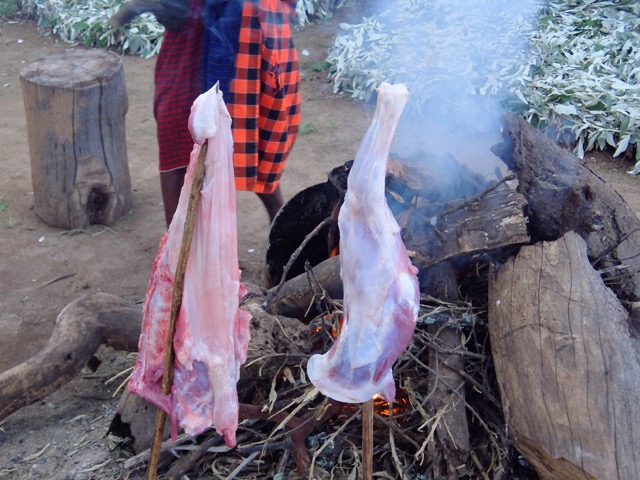 They continued to cut up the goat until everything was cooking on the fire. They even took the head and burned it over the fire and then put it in a steel bucket of water to boil. 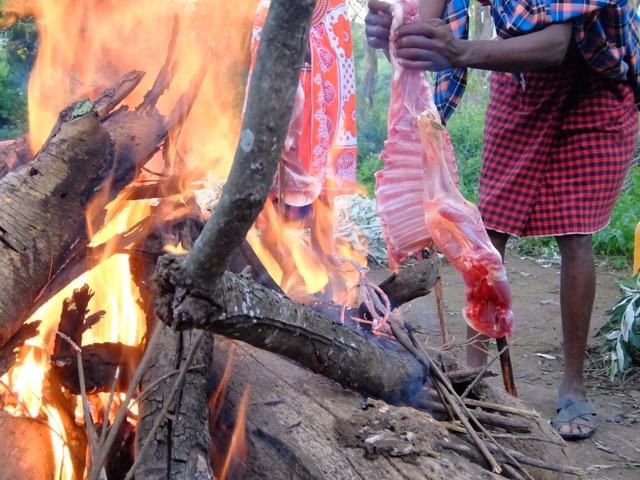 Later, when everything was cooked, they passed around the meat. I tried not to think about slaughtering the goat while I was eating it. It was pretty tasty if you didn’t think about where it had come from.

This was a great experience and I would want to do it again. But, if your kids are young this might not be for them. It might be hard for them to see what happens to the goat.

2 thoughts on “Maji Moto, Kenya: More About Our Goat Experience – by Connor”